When my Management said the guys from YGAP reached out to them this year and asked me to be an Ambassador for the Polished Man campaign, I felt like it was something I had to do, as this is a topic that I hold really close to my heart. I have experienced this myself and I’ve never really talked about it, even to my closest friends, It’s strange we think that we can know someone, but do we really know them? So here I am, giving you all a little bit of myself of what I have experienced first-hand as a child who went through domestic violence. This is something that I would never usually put out on social media because really, I feel sometimes no one pays attention if it’s not something over glamorous or pretty, no one wants to really see the ugly. So we all filter ourselves with a lifestyle and persona that WE THINK people will like…..and don’t get me wrong I am one who does this!

Growing up I always thought my dad was rough with me but never thought anything of it as nothing serious ever happened from it. If I got hurt a little, I thought that was normal and wouldn’t really think anything of it. After all, he was like 5 times the size of me so of course he was bigger and stronger!
At the age of 10 or 11 (my last interaction with my father) I can’t really remember how old I was, it was like any other day when we visited my father. My sister and I would always randomly go and see him for the weekend every couple of months or so (my parents divorced when I was 2). My mum wanted a break from us or was going away, I’m assuming she was stressed as having kids and looking after us by herself would have been hard. I’d imagine being a single parent would be hard, so off to dads we went. We did the usual stuff; hung out, watched movies and played games. We went out for lunch, or it could have been dinner at a local RSL around the Blue Mountains, I think it was just off the freeway. Jessica & I were mucking around, you know as kids do, and then it all got a bit serious. Dad ended up hitting me across the face. I wasn’t really sure what happened or why it happened but we then had to leave immediately. I’m guessing as other families were eating and having lunch.
We got pushed into the back of a 2 seater car, he was yelling at us and then started to drive off down the freeway. I must have been crying as dad was telling me to be quiet. He then pulled over on the side of the road in the break down lane and hit me again and again. These are those moments in life that you think will last a life time and it will never end, that time ceases to exist! Jessica then put herself in front of me, so she would be able to take the hits instead of me. It finally ended then we continued back to the house, happy that it was over. Dad (I hate calling him dad, because fathers are someone you hope that would be there for you) then proceeded to tell us he was trying to teach us a lesson. Thoughts were running through my head, “A lesson for what? That wasn’t in my job description it wasn’t meant to be like that, I was meant to be a kid! What had we done for all of this to happen?”
His girlfriend at the time was pregnant and heading out of the house to drop the movies back that we had hired the night before, we begged for her to take us with her. She didn’t take us though, I guess she was scared as well or scared for herself and the baby not knowing what could happen. Dad then got a metal baseball bat from somewhere in the house, sat down on the couch and told us he would drive us back to our mum in the boot of his car!
My heart stops to think what could happen. We had maybe only 25c credit left on our phone so we secretly wrote a message to our mum telling her what has happened and if she can come and get us. I’m pretty sure only half of it sent, as she called our cousins who lived in the Blue Mountains thinking they would be the closest to come and get us (at the time we lived in Newport on the Northern Beaches so it would of taken mum too long to reach us). The last thing I remember is that he fell asleep on the couch while still holding the metal baseball bat in his hands. “This was our chance, our chance to run” I thought. Shortly after, our cousins arrived and took us away.
That was the last we ever spoke.
I’m one of the lucky ones to have got away, for people who aren’t lucky enough to have family or friends they feel comfortable to speak to, or to even ask someone for help in any situation like this or similar, I would love to bring awareness and a voice to domestic violence with children.
One child dies every 5 minutes…..EVERY 5 MINUTES that is a crazy statistic!
I’m fundraising for YGAP’s Polished Man campaign because I believe we can create a world which no child has to suffers from violence. I’m doing this for the one child who dies every 5 minutes as a result of violence. I’m doing this because we need to bring a VOICE to the children who don’t have one.
I’m trying to raise $1000 if you can please make a donation and help support this worthy cause. With your help, we can make 2017 the biggest year yet!
Head over to the link below and donate so we can spread the message and raise money to help a worthy cause, any donation little to big would be greatly appreciated

Finding The Perfect Belt With Buckle1922

When Things Get Too Much, Taking Time Out In Nature Can Heal You 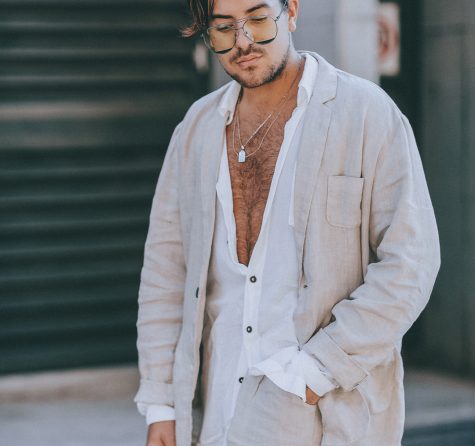